You are here: Home › BoostWorx Controller 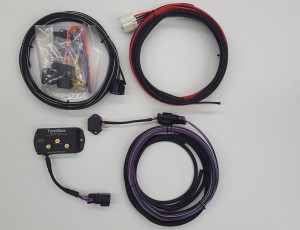 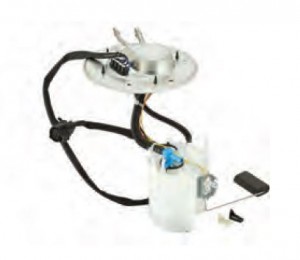 The BoostWorx Coyote fuel module control system has everything needed to provide a true OE-type returnless fuel system for the Ford Coyote crate engine packages. When used with the low-cost LS3 Camaro fuel module the system will provide the fuel volume and manifold referenced fuel pressure as specified by Ford. The key to making this system simple to use is the stand-alone manifold pressure sensor that tells the VaporWorx controller how to adjust the fuel pressure to the Ford specifications. Just like a manifold referenced fuel pressure regulator, simply disconnect the hose that connects the pressure sensor from the intake manifold, set the fuel pressure to 55psi at idle, re-connect the hose, and you’re done, exactly like the Ford instructions state.

Want to keep your swap all Ford? We have you covered there as well. Using the popular TI Automotive TU227HP high-capacity replacement fuel module (TI is the OE supplier) along with the BoostWorx Coyote controller will net a 600hp fuel system with outstanding fuel slosh control and nearly silent operation.

VaporWorx has had this system in multiple Coyote equipped cars with excellent results. In most cases, the owners don’t even think about the fuel system any longer.

The BoostWorx controller can also be used with any engine that needs to have a separate MAP sensor for manifold referenced fuel pressure. The system as normally supplied will work with the CTS-V, Gen5, TI 450LPH (controller re-tune needed), and Ford modules.